Once You Become Free, It is Your Duty to Help Others Obtain Freedom

My odyssey began in 2009. I remember a conversation with my mother, where I was venting my frustrations towards life. My venting quickly turned into a rant, the more I let myself ramble about the unfairness in the world. My mother sat beside me, patiently waiting for me to finish, then asked one simple question: “What do you think it is the world really owes you?” I was not able to answer her question.

Today, I have come to realize the world owes me nothing, but it is I who owe the world everything. An understanding so raw, so pure, and yet so simple that the acceptance and application of it was the most difficult thing in the world for me to do. My mother’s question grew to become my compass and foundation on my journey through life. This is my current mindset, but I had to go through a refining and redefining process, to achieve this gratuitous perspective.

All journeys start with a first step. From 2009 to 2010, I was incapable of taking that step. My pride was my biggest roadblock, as I was deeply in denial about having a mental illness. I did not want to accept any connotations about being “crazy.” My self-stigmatizing ignorance refused to be stigmatized and categorized with “those type of people.” When I was diagnosed with Bipolar Type 1 Disorder, I did everything I could to disprove the psychiatrist. I would refute his diagnosis by saying, “it was just a drug-induced nervous breakdown, and it won’t happen again.”

My sense of vanity made me believe accepting this was equivalent to stamping a scarlet letter across my forehead. I simply did not want to accept it. I convinced myself that if I could control it, then eventually it would go away on its own. Obviously, it did quite the opposite. By neglecting my illness, I had only made it stronger. Yet, I still wanted to hold on to my idea of control so tight I began to lose my grip on sanity.

I often heard the quote, “Let go and let God,” and took it for granted as being just a cliché. That was until I was arrested and charged with second-degree manslaughter. I was involved in a physical altercation during my second manic episode while on a psychiatric ward, which resulted in another patient’s death. When I found out what I’ve done it felt like my heart shattered into a million pieces. 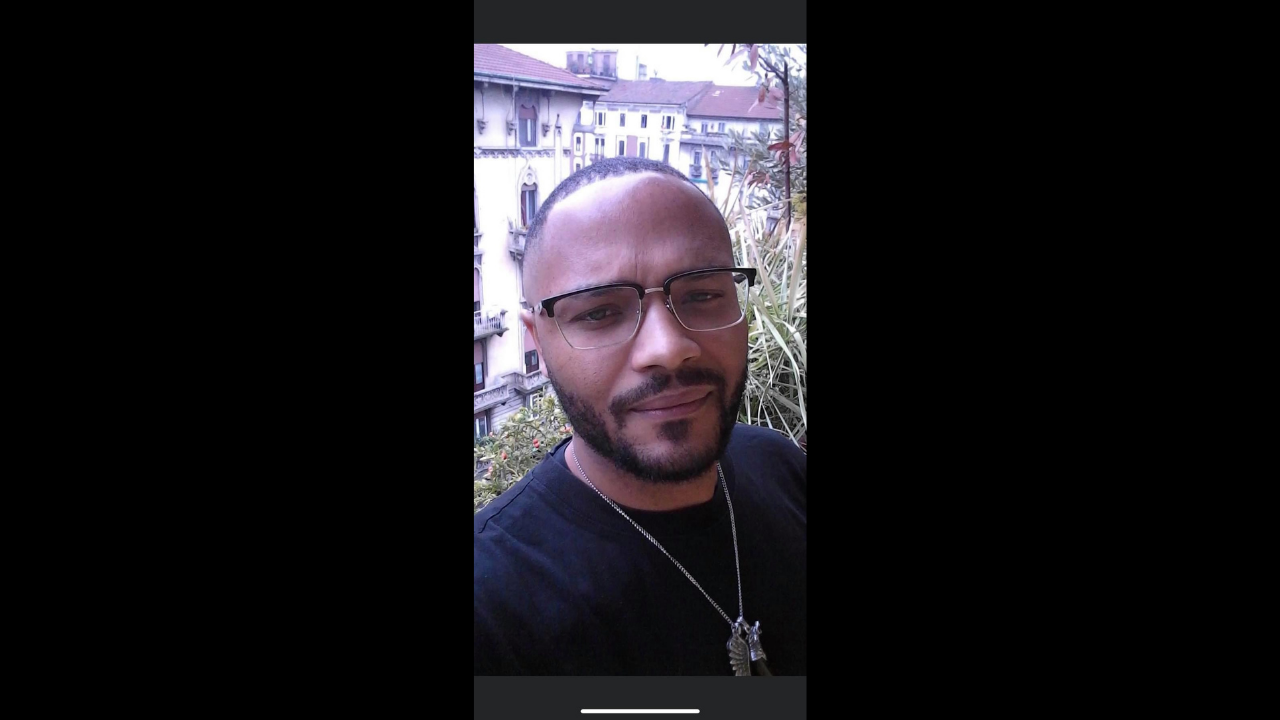 The irrevocable loss and pain I caused, not only to myself and my family, but to the victim and his family as a result of my careless ego-driven choices and actions. I must live with knowing his blood will forever be on my hands, the scar on my left hand serving as an ever-present reminder.

The first three months of the twenty-one months I spent in jail were in solitary confinement. Solitary was my rock bottom. Many nights I spent curled up in a ball crying myself to sleep and contemplating where I went so wrong in my life to end up like this. It was an eerie feeling waiting in a six by eight cell for someone else to determine my future, and having that feeling for such a prolonged time gave me a greater sense of what it means to hope. Life forced me to stop running away and take my first step. In that cell, I felt the closest I ever felt to God and the closest I ever felt to being in hell.

The time I spent in jail was a much-needed process for me to go through. Jail was truly a humbling experience that taught me a lot about love, commitment, empathy, and hope. I say this because I was able to witness and live the crippling effects of mental illness. I witnessed the suffering other inmates were going through; being at the mercy of their illness, trapped in a box. It pained my heart to see human beings in such agony and torment with no way out or a helping hand to lift them from the depths of their despair. This also allowed me to put my own illness in perspective; knowing that my illness could have me cycling in and out of jail, ostracized from my family, and completely lost with nowhere to go.

I received a rare second chance at life through a 330.20 Criminal Procedure Law pleas agreement. A 330.20 is an agreement made through a judicial proceeding stating that the defendant has been found not responsible for the criminal offense by reason of mental disease or defect. With this second chance, I began to forge a new chapter in my journey. I set out to pursue a life of atonement and peace, grateful to have a second chance opportunity to live and love. My experiences in the criminal justice system led me to live a life of action and advocacy.

My journey as a peer advocate began while I was a 330.20 CPL patient at Rochester Psychiatric Center Regional Forensic Unit. I would share recovery opportunities and treatment strategies with my fellow peers, as I learned them, to help them along their individual journeys towards freedom and recovery. I continued to grow in my journey as an advocate after transferring to RPC’s civil facility. I became a Certified Peer Specialist and began providing per diem and volunteer peer support services for Rochester Psychiatric Center (RPC). I facilitated Wellness Recovery Action Plan (WRAP) groups and one-on-one WRAP sessions, dual-recovery groups, and I created a forensic support group that later formed RPC’s Forensic Patient Advisory Board. 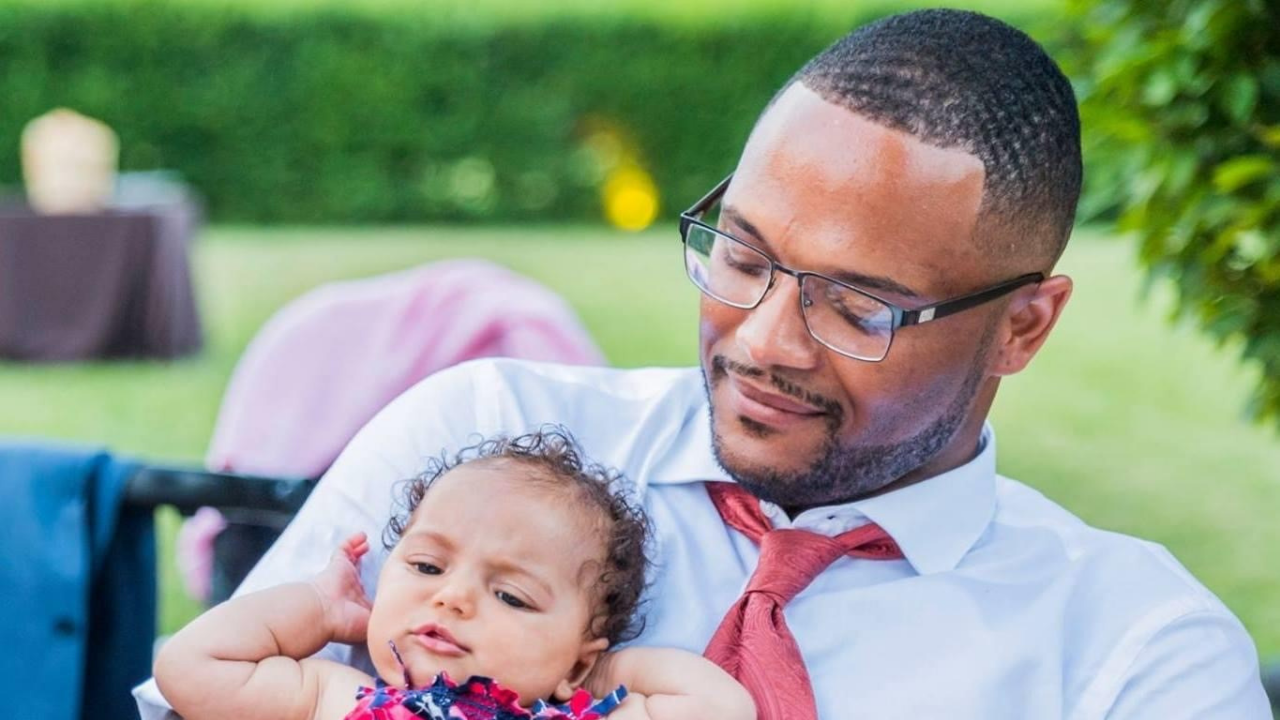 Currently, I work as an Advocacy Specialist 2 for the Office of Mental Health-Office of Consumer Affairs Division. In this role I provide administrative support and technical assistance in the Central New York 20-County Region to promote and advance the quality of care/services provided within the mental health community. I have been involved in the development and promotion of several community and recovery-focused initiatives such as the Library Outreach Partnership programs to reduce homelessness and disengagement from services; Jail Diversion programs to support peers being discharged from county jail; Regional Peer Networks/Forums for Peer Providers; Peer Support Groups through NAMI chapters; the Recovery Walk during SAMHSA’s National Recovery Month; the Voter Awareness Guide to dispel voting rights myths, informed and educated voters.

I also provided technical assistance to several counties with developing Crisis Intervention Teams to build mental health awareness amongst law enforcement. I continue to share my recovery journey whenever the opportunity arises. I shared my story of hope and action to peers on inpatient units in Psychiatric Centers throughout New York state. I’ve also presented on peer empowerment-focused resources and strategies in regard to systems advocacy and peer workforce improvement at statewide and regional conferences.

When I look at my past, I no longer see regrets but motivations to break the cycle of people losing the battle over their mind to mental illness. I think of all the battles lost and know it could have been me. I think of the recent tragic loss of Daniel Prude, who died during a police arrest in Rochester, NY. Watching his lifeless handcuffed body, laying naked in the cold and rain; knowing that could have been me. Buffalo, NY, 3 o’ clock in the morning, March 2010 – that could have been me. I was at the height of a manic episode, walking in the middle of the street with just basketball shorts and wrestling shoes on, when the cops arrived.

As soon as I saw the blue and red lights, I ran into my father’s house to hide. By grace, I was fortunate enough to have my father and the paramedics there with the police, waiting to help me, when I finally came out of the house. If I were alone in that same situation, I do not know if I would be here to share my journey today. This is why I do what I do, to make sure it doesn’t happen to others and that every person, every human being, is treated with dignity and respect. I live my life as a peer by this liberating quote: “once you become free, it is your duty to help others obtain freedom.”

Purpose in My Mental Health World